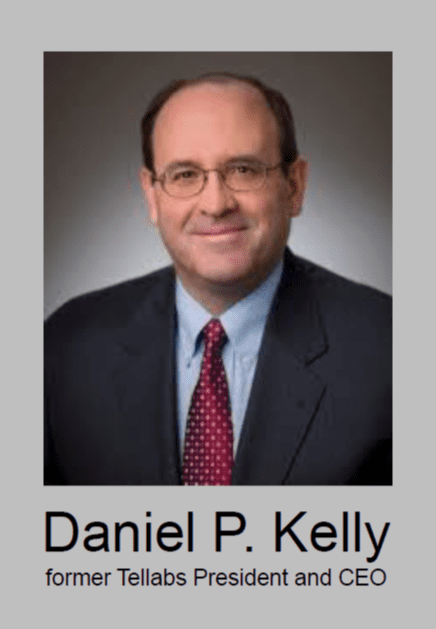 A few short days ago Tellabs said a final goodbye to our former CEO Daniel Patrick Kelly, who peacefully passed away on July 13, 2017 at the age of 56 at his home, with his family present, after a three-year battle with glioblastoma cancer.

It has been three years since Dan said goodbye to his Tellabs leadership post, and we must now say goodbye to him. Dan’s larger-than-life positive persona rang loud within Tellabs corridors and with customers that entrusted Tellabs systems to their networks around the globe. Having had the pleasure to work with Dan in some of his many leadership roles for more than 15 years; he taught a lot about the right way to work with and to serve people, whether they were his employees, customers, or anybody he met along his journey.

Dan began his career at Tellabs in 1984 as an entry-level engineer where he was a Very Large Scale Integrated circuit designer (VLSI) and developed many of the custom ASICs for the Tellabs digital echo cancellers and digital cross-connects. In this highly technical and complex role, Dan was instrumental in achieving large-scale cost reductions that enabled Tellabs to deliver desirable products, which drove Tellabs’ profitability throughout the 1980s and 1990s.

Later, Dan showed off his technical and business acumen and led the R&D team in a startup within Tellabs called CableSpan, where he guided Tellabs’ products into a new realm of worldwide cable operators that had never before been addressed by our company.

As Tellabs grew, the leadership knew they needed a strong R&D business leader to manage and motivate teams in more than 10 locations across every global region, and Dan rose to the task to run global R&D, Product Management, and Product Marketing.

Not too long after that, in 2012 the Tellabs Board of Directors appointed Dan to CEO where he led Tellabs through some of its most challenging markets and external influences. Dan resigned his post in 2014 as he battled his cancer for the past three years.

I am grateful to Dan for his professional leadership, and his personal leadership, including our shared experience as leaders in Boy Scouts. Dan was one of those men that if you met him you would remember for his thoughtful interaction, whether it was business oriented or personal. We will miss him dearly, and wish his family all the best as they live out Dan’s legacy in years to come. 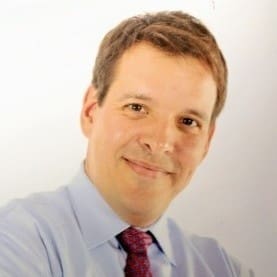 ← Previous: 3 Buildings, 1 Optical LAN And 1 Network Manager Delivers Savings For Sinclair Holdings Next: What Is The Key Difference Between PON, POL, G-PON And OLAN? →